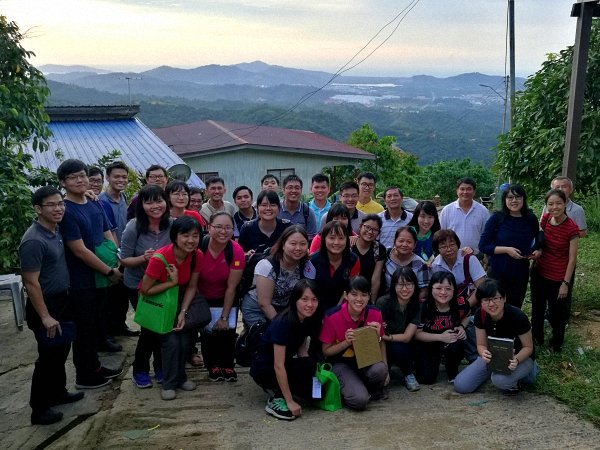 Praise the Lord for He is living, moving and operating! In the recent gospel move in Sabah, we can testify that the Lord has moved through the coordination and cooperation of the members of His Body on earth.

In our living, we should be like Ezekiel who was seeking after God. Even though he was in captivity, Ezekiel looked to God, prayed to God, and ministered to God. As a result, the heavens were opened to him and he saw the visions of God. We should also practice to contact God daily through His word. As His word supplies us, we will be transformed through the various experiences of wind, cloud, fire and electrum. Then, we see the living creatures coming together to coordinate for God’s move. In Ezekiel 1, there is a clear picture of the coordination of the living creatures, a portrait of the proper church life. Their coordination is not in themselves but in God and by the divine power, the divine strength, and the divine grace. The appearing of the wheels on the earth beside the living creatures indicates that God’s move on earth follows the coordination of the four living creatures. Therefore, for God to have His extraordinary move among us, there must be proper coordination when we come together.

As some saints in Petaling Jaya had the opportunity to participate in the gospel move, below are their testimonies:

Thank and praise the Lord, for giving me time to participate in the propagation of the gospel with the members of His Body. Throughout the span of 2 weeks, I was brought to a regulated living and be balanced in the coordination with the saints.

I had the opportunity to serve in Nabawan group, which is located an hour’s drive from Keningau. By participating in the propagation of the Malay Recovery Version of the Holy Bible and spiritual books, we brought the word of God to people. The more we speak concerning the things we experienced, especially His death and resurrection, His Spirit with our spirit, the more the spirit of faith is infused into us. It became not only a salvation to those who hear but even a salvation to me. During the evening with the local saints, we continue to sow the seed of the kingdom by door knocking and shepherd those who do not meet regularly. In our visitation, I learn to take Christ as my pattern, having the spirit of the Slave-Saviour, just as the Son of Man came not to be served but to serve. Our commission is to faithfully dispense food at the appointed time.